If you want to ride, don’t ride the white horse

Imagine working for the CIA, DEA, and the drug cartels – all at the same time. Insane? Epic? Or insanely epic? According to Barry Seal, the legendary (/infamous) pilot at the focus of American Made, it was definitely the latter. Watch the out of this world adventure that is Barry’s life as he goes from TWA pilot to DEA/CIA asset to smuggler for the world’s largest drug cartel. So, forget the white horse, ride the white plane.

Float on over to your couch and watch IT, available now on Vudu. It’s been 27 years since we last saw Pennywise, and now he’s back and hankering for some snacks. Yup, 27 years. Which savvy fans will know coincides with IT’s feeding cycle. So grab some snacks of your own (non-living please), and get creeped out all over again in a whole new way. Watch IT in up to 4K + HDR – scary has never looked this good.

Don’t forget, Extras+ is included with your IT purchase and accessible from the Extras+ button when you watch on our mobile app. 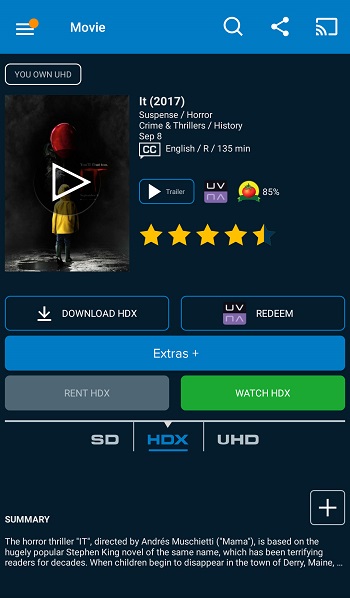 Watch in Extras+ mode when you rotate the device to portrait mode (holding the device vertically) and get behind the scenes clips, trivia, scene location maps, and more synced with the movie. Seamlessly transition from Extras+ mode to just the movie just by rotating your device! 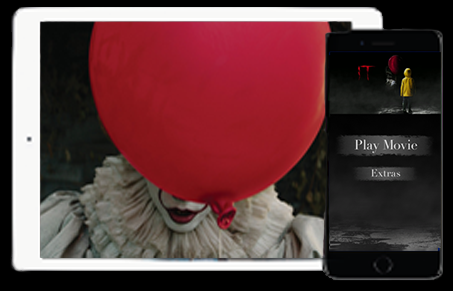 With Extras+ you’ll also be able to access additional extras like an immersive 360° tour of the streets and tunnels of Derry, deleted scenes, cast bios and pictures, an IT meme generator, and more. 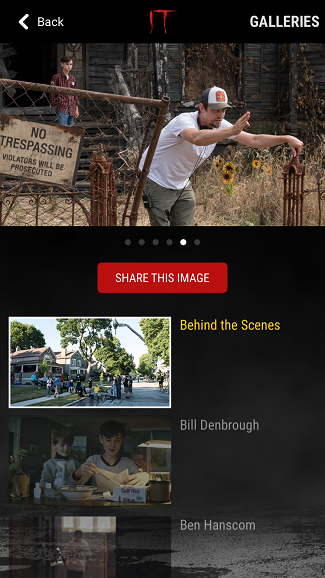 A king is Crowned Queen

While The Losers are battling it out with IT in Derry, there’s another battle being waged at the Houston Astrodome in Battle of the Sexes. Game, set, and match…the classic clash of tennis titans Billie Jean King and Bobby Riggs is now a movie starring Emma Stone and Steve Carell as the respective tennis greats. Even the real Billie Jean King has seen it, and she approves. While the historic match took place over 40 years ago, the story and all the social issues it captures are just as captivating as ever.

Family-friendly Festivus for the rest of us

Starting today, you can also saddle up for a grand – and kid-friendly – adventure with My Little Pony: The Movie. These aren’t the My Little Pony from your childhood, these are modern ponies with modern adventures and modern lessons. And they have moxie that kids can look up to.

And just in time for the holidays, Olaf, the lovable snowman from frozen, has snowballed his popularity into his own mini-movie. Olaf’s Frozen Adventure features 4 new songs and 6 additional winter-themed tales featuring classic Disney characters.

The mango may be “off,” but this movie is plenty fresh. Victoria & Abdul tells the tale of Queen Victoria and her strange and somewhat scandalous friendship with her Indian servant Abdul. It’s a dramatic comedy that has enough heart and humor to make it a rewarding watch, even if period pieces aren’t your thing. Plus, Judi Dench, because, you know, she’s amazing in everything.

Also available for rent starting today are Dunkirk, Christopher Nolan’s amazing film about the WWII battle of the same name, and Mother!, Darren Aronofsky’s (Black Swan, The Wrestler, The Fountain) strange horror thriller that doesn’t make any sense until it makes total sense. Huh? Yeah. Here’s our pro tip, ignore what the trailers want you to think what it is, and go into it with an open mind.

You spent your money buying gifts for other people and now your budget is blown. Don’t worry, we’ve got you and your altruism covered with a ton of free movies on Movies On Us. Over 4,500 of them in fact.

Start with our Laughing All The Way collection and bring some free laughs to alleviate all that holiday stress. Whether you’re escaping from shopping, family, or in-laws, buckle down and have a free chuckle with movies like Imagine That, Beauty Shop, Four Weddings and a Funeral, Soul Plane, and more.

We’ve also got an Uplifting Holiday Movies collection if you’re looking for something more traditional. Hey, free is a tradition for Movies On Us.

And if you know who you like but not what they’re in, have we got a solution for you! Check out our Recurring Stars collection to find free movies with your favorite actors. Benicio Del Toro, Angelina Jolie, Cedric the Entertainer, Nicole Kidman, Arnold Schwarzenegger, and more.