Plus new to rent, movies still in theaters, and more Movies On Us

The Big Easy, burgers, and a heaping serving of betrayal

Let’s start the week off easy, in the Big Easy, with Girls Trip. This comedy follows four lifelong friends on a girls trip to New Orleans – and the adventure that ensues. While it has its share of raunchy jokes, Girls Trip manages to tie in a story of friendship, empowerment, and sisterhood that will make you feel better about yourself for laughing at the crude humor. 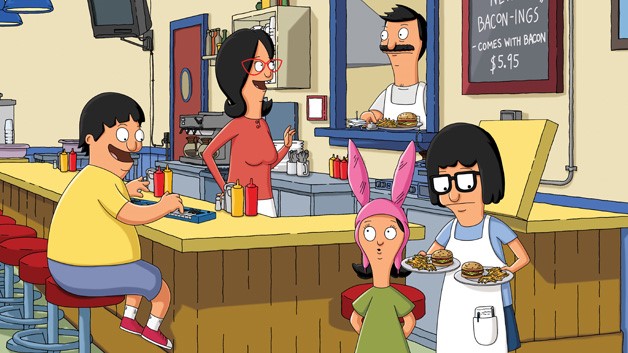 Moving from girls trips to grill tops, you can pick up a season pass for season 8 of the smart and irreverent Bob’s Burgers today. The Belchers are back and just as rambunctious and loveably dysfunctional as ever (and Louise still has bunny ears). Watch this animated series that continues to build a better burger and never fails to satisfy. Allriiiiight.

And while Bob hasn’t created a Macbeth themed burger of the day, Lady Macbeth is cooking up a little something of her own. Based on Nikolai Leskov’s Russian novella, not the Shakespearean character, Lady Macbeth still seems to draw from the same desires of power, revenge, guilt, and betrayal – and it does so in a wonderfully vicious way.

Because why not – Sharknado 5: Global Swarming

Yes, there’s a fifth movie. No, they didn’t skip any. And whether or not you think it, ahem, jumped the shark, it doesn’t mean Sharknado 5: Global Swarming isn’t fun to watch. But fear not, if you feel like you need to regenerate some brain cells afterward, we’ve also got the documentary, An Inconvenient Sequel – which may or may not link global warming and sharknados. (JK, it totally doesn’t.)

Watch movies that are still in theaters from the comfort of your couch. No sticky floors, talkers, or errant texts (unless they’re yours, that’s ok). Watch these movies at home and let your friends know that while they’re at the theater dealing with the seat-kicker behind them, you’re in your PJs and elbow deep in your favorite bag of chips.

Super Dark Times is a mesmerizingly authentic portrayal of teenage friendships, angst, violence, and guilt. It’s Stand By Me on steroids and set in the mid-90s – and it’s wickedly entertaining.

Better Watch Out is the movie love child if The Strangers and Home Alone got together. It’s a dark and twisted comedy that isn’t quite Krampus, but it’s not A Charlie Brown Christmas either.

You can also check out Overdrive, from the writers of 2 Fast 2 Furious and the director of Taken (watching “still in theaters” movies at home is a special skill), Shot Caller (a father’s metamorphosis from family man to institutionalized con; hear him roar), and more.

Avast ye – oh wait, National Talk Like A Pirate Day is over. But that doesn’t mean you can’t catch Jack Sparrow in Pirates of the Caribbean: Dead Men Tell No Tales. It may or may not be the final installment of the franchise, but you definitely may rent it on Vudu.

Can’t watch tonight? No worries. With Vudu rentals, you get 30 days to start your movie and 24-72 hours to finish.

Movies On Us: Man vs. Machine collection

It’s the ultimate battle – who will win? You will. Because the Man vs. Machine collection is free to watch with Movies On Us.

Or check out Robin Williams (RIP) in The Final Cut as he deals with issues of technology and morality in one of his more serious roles (which we totally dig).

We’ve also got the classic The Running Man (how about a light?), and a man vs. robotic Rebecca Romijn in Larry Gaye: Renegade Male Flight Attendant.