Well, VUDU Fans, we’re starting off 2010 in style – we’re  in Vegas.  But while we love a good party as much as anyone, in this case we have a real and serious purpose for being in Sin City.  We’re at the Consumer Electronics Show (CES), and we have some amazing news to announce.  They say all good things come in 3’s, and here are ours:

1.  We are greatly expanding our relationship with our previously launched partners, LG Electronics and Mitsubishi, and we’re launching our initial products with another partner we announced last year, VIZIO.  VUDU services will be available on loads of new HDTVs and Blu-ray disc players (BDPs) from these outstanding CE manufacturers in 2010.

2.  We are dramatically expanding our footprint with new partners and will be shipping on HDTVs and BDPs from Samsung, SANYO, Sharp and Toshiba in 2010.  Needless to say, taking the VUDU team from 2 to 7 partners in market is a great step for us and signifies the growing acceptance of VUDU as the best way to stream HD movies.

But wait (as the Sham Wow guy would say) – there’s more!

3.  The pièce de résistance of our announcements is VUDU Apps.  This new Internet applications platform provides access to a wide range of services and applications including streaming video, music on demand, photo browsing, social networking and more.  More than 100 applications are available on VUDU Apps, including popular services like Pandora, Picasa, Flickr, Dailymotion and leading news providers such as The New York Times and The Associated Press.

The underlying technology of VUDU Apps was initially developed to enable the VUDU Streaming Movie Service on broadband HDTVs and BDPs.  Using VUDU Apps, the movie service has been able to easily integrate popular Internet services like Rotten Tomatoes and Wikipedia directly into the movie service user interface.

VUDU Apps will initially launch on TVs from Mitsubishi, Sanyo, Sharp and Toshiba, as well as BDPs from Toshiba and VIZIO.

You can see some screenshots that give you an early peek of VUDU Apps.  As you can see, we’ve kept the same cool elegance of our look and feel and extended it to a variety of popular internet apps.  Internet on the TV is about to take one giant leap forward!

So you can see that 2010 is going to be a huge year for VUDU.  We’re super fired up, but we’d like to know what you think as well.  Just leave a comment below. 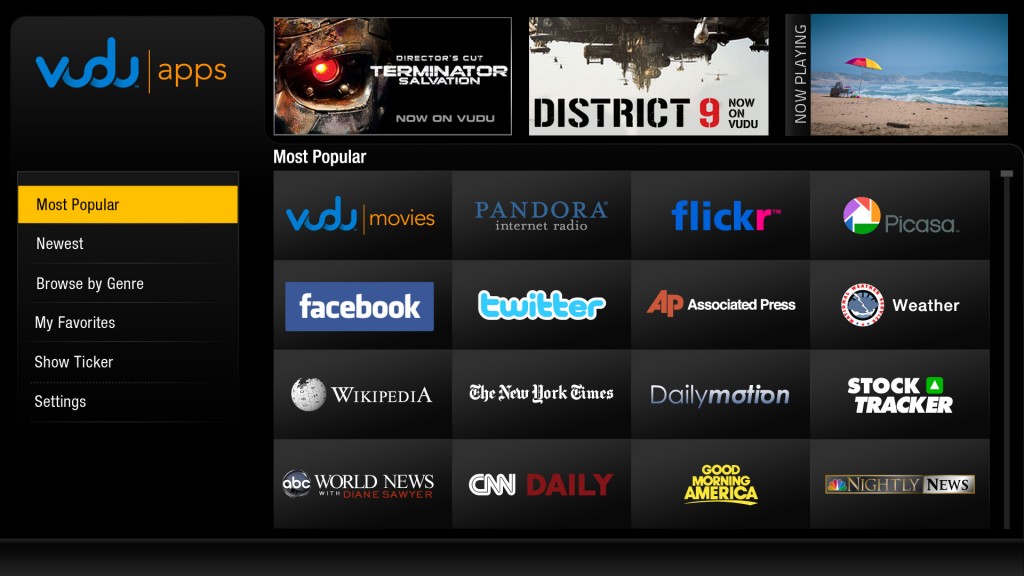 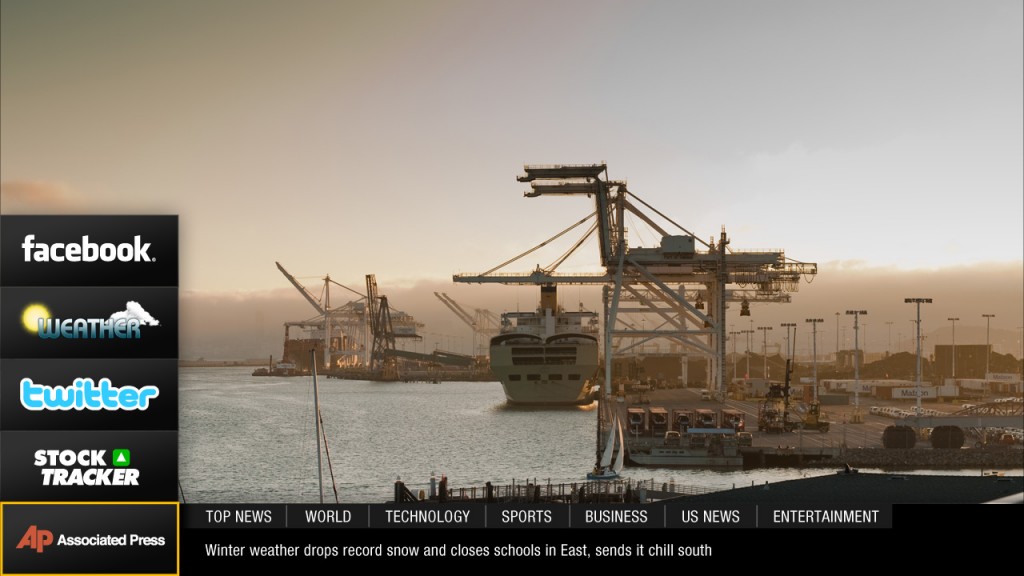