We went to Hollywood and got an award

Yeah, so that happened. While other people were goin’ up on a Tuesday, we were getting down in LA and being honored as a Variety Press Play: Home Entertainment and Digital Hall of Fame inductee. That’s right, Vudu is officially famous and we have an award to prove it.

The Variety Press Play gala recognizes industry-leading executives and companies for their contributions to digital entertainment and their impact on the future direction of film, TV, music, VR, and more.

Vudu was honored for the leadership role our service plays in encouraging consumer adoption of transactional digital entertainment by providing the highest quality content along with exceptional value and convenience.

Aside from the honor of being recognized for our dedication to delivering complete access to digital movies & TV anytime, anywhere, on nearly any device, it was also a fun night out hobnobbing with other industry leaders.

And because we’re still reeling from all the excitement, we wanted to share a few moments from last night with you. 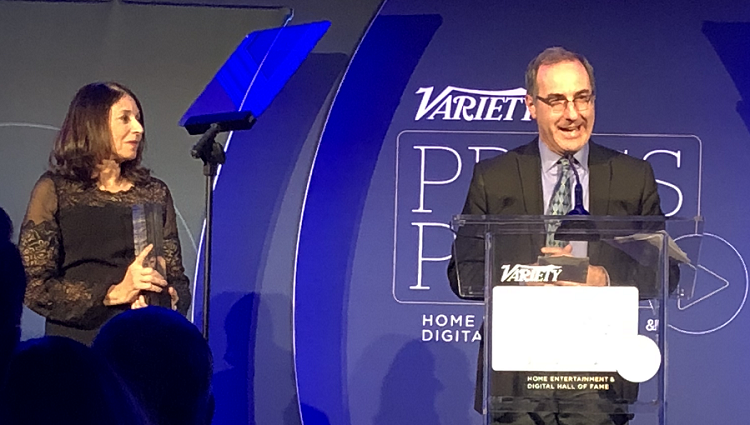 Highlight of the night? Getting the award! Here’s Jeremy Verba, VP and GM, Vudu & Connected Home, receiving the award, and what he had to say about the honor:

The event was held at the beautiful Montage Hotel in Beverly Hills (that’s 90210 for those in the know). And we’re not saying they were trying to give us a little extra, but that looks an awful lot like Vudu blue. We’re just saying.

Oh, an award? We were just told there’d be food. And we gotta say, these Hollywood types eat pretty well. 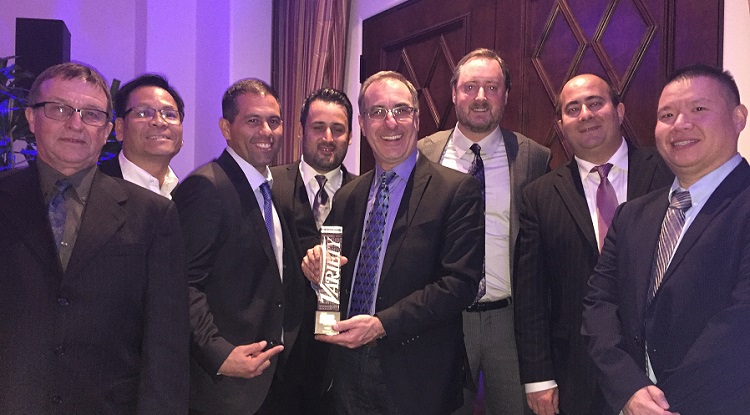 We’re kind of a big deal now. You better recognize. Just kidding. Don’t worry, we’re still all about you, our Vudu fans. We won’t let this (semi) fame go to our heads.

We think one of our team members summed the night up best:

So THANK YOU, Vudu fans, for trusting us, believing in us, and helping to make us who we are. We promise to continue to always to do our best for you.