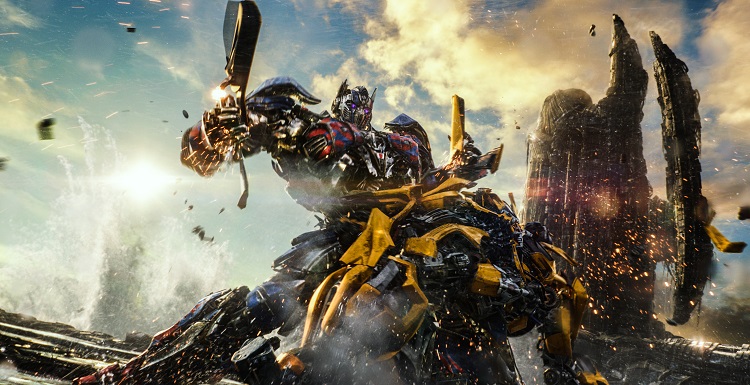 You guys (and some gals) had questions, we got answers. Well, better than that, we got answers from a legit source – our friend, David, the Transformers Lore Expert at Hasbro. No, we’re not making that up, he exists. We verified.

So, read on and arm yourself with some lore expert-level knowledge. And if you haven’t already, head over to Vudu and watch Transformers: The Last Knight.

You are correct that this does open limitless possibilities, which should keep us, here at Transformers Headquarters, very busy – and Transformers fans entertained for generations.

How far will the movie series divert from or align with the lore that’s been built into the comics and cartoons?

We’ve always drawn from our lore, but we’re making a greater effort to bring more alignment across all our storytelling.

Transformers are often given anthropomorphic properties. In cartoons they were often choked, do they breathe air? Do Transformers feel pain?

They do not necessarily breathe air, but they do need to intake a mixture of a gaseous substance to ignite their engines. Most of the Transformers do feel pain, but someone like Shockwave can override his sensors to eliminate pain – while inflicting it on others.

Since Quintessa seems part human, does this mean that humans were the original creators of the Transformers?

Very astute question, however, it’s the other way around. Quintessa (Quintus Prime) is actually one of the original gods in the Transformer universe and is known as the Prime that went out into the universe to create lifeforms. As a creator, she could easily change her humanoid bot form to appear like a human.

If Cybertron is dead, where are all the Transformers coming from?

The planet isn’t completely dead and still has inhabitants trying to survive. However, prior to Cybertron dying, during the golden age of Transformers, they explored other worlds and established settlements on these planets. This ended when the spacebridges that tethered them to Cybertron were shut down to prevent the rust plague from spreading. Therefore, there is still an abundance of Transformers appearing from different parts of our universe.

If it’s possible for Transformers to get robot Alzheimer’s, can they get other diseases as well?

Yes, their memory chip can deteriorate, or be affected by something traumatic, such as direct exposure to strong magnetic fields or physical trauma. They are assailable to some diseases. One, in particular, is known as the rust plague, which nearly killed them off long ago.

How did the Transformers “transformation” sound originate?

Much practice. Actually, the objective of creating the sound was to create something that sounded both organic (alive) and mechanical. The sound scales down when turning into a vehicle and the scale goes up when turning into a bot, as bot form is their true form.

Aside from the movies, why do you think the Transformers have stood the test of time and remain so popular?

Alien robots that turn into vehicles – who doesn’t love that? Aside from the coolness of that, I would say that stories of good vs. evil are eternal, and aliens that share similar conflicts to us humans also make for relatable and timeless stories.

How big is your collection, and what’s the rarest Transformer you have?

I can’t put a number to it, which is the downfall of being a collector. But I also have the benefit of new Transformers finding their way into my office on an ongoing basis.

The rarest Transformer I have would be a G1 Japanese version of Megatron that changes into a pistol. It’s also rare due to safety laws that now prevent us from making toys that look like real world weapons.

What are some of the defining moments in Transformers history/lore?

Here are a few that stand out:

When Megatron and Optimus Prime parted ways on how the future of Cybertron should be built, which divided the bots into the two faction – Autobots and Decepticons, which triggered the civil war.

When Orion Pax was bestowed the Matrix of Leadership and became Optimus Prime, the new leader of the Autobots.

The moment Optimus Prime jettisoned the Allspark, the source of life, into space through the spacebridge.

Primus imprisons Unicron by forming himself into a planet we now know as Cybertron.

Is there a Transformer that you would like to see appear in the movies?

That’s a difficult choice. I would like to offer two, one Autobot and one Decepticon. I’d love to see Omega Supreme, a bot that turns into a rocket to transport other Autobots, as well as the Decepticon counterpart, Astrotrain.