What could have more bite than Shark Week, induce more heart palpitations than Lobster Fest, and grab the attention of more kids than the Puppy Bowl? Dinosaurs of course! And it’s time we started counting down to next week’s release of Jurassic World: Fallen Kingdom in up to 4K UHD on Vudu. Luckily, you don’t need to wait for the next extinction-level event to get the movie. You can pre-order it now and get a $3 movie credit to spend as you please after release day. Once you’re finished enjoying all the spine-tingling, human-munching thrills of course.

Bro, do you even science?

In the newest installment in the Jurassic Park franchise, the “fallen kingdom” isn’t just the once beautiful Isla Nublar. As lava ravages the cloned-dinosaurs’ island home, the kingdom of humanity must reckon with the consequences of creating the genetically-engineered beasts. As one returning character warns (in a scene-stealing cameo), it may already be too late to close the Pandora’s Box of Velociraptors, Mosasauruses, and hybrid horrors leftover from Jurassic World.

Jurassic Park isn’t the first franchise to deal with experiments gone apocalyptically wrong. Just as John Hammond’s scientists ignored the warning signs in their pursuit of a new race of revived dinosaurs, the negligence of biotech firm Gen-Sys ignites a full-scale interspecies war in the Planet of the Apes series. The pros and cons of ape world vs. dinosaur world (take your stinking claws off me you damn dirty dinos!) are up for debate, but the message is clear: meddling in the gene pool can have unintended results.

But why should monkeys and lizards have all the fun? In the Resident Evil films, it’s humans that are subjected to the unregulated experiments of a shady genetic research corporation, and the resultant zombie army causes enough trouble for six films worth of gory genetically modified chaos.

And why have hundreds of medium-sized mistakes when you can have a handful of very, very big ones? The Godzilla franchise is home to countless skyscraper-sized monsters (or Kaiju) including moths, aliens, and-of course-dinosaurs. Not all are the direct result of human tampering (unless you count disturbing their centuries-long nap in the middle of the ocean), but when they’re not created by our nuclear warfare, genetic experimentation, or corporate greed they tend to be bailing us out from those same problems. The humanity-Kaiju relationship status is “It’s Complicated.”

And just because a scientific disaster isn’t Indominus Rex-sized doesn’t mean it’s not a problem. Just ask the Szalinski family, who are consistently being shrunk, blown up, and otherwise inconvenience by dad Wayne’s ill-advised inventions in the Honey, I Shrunk the Kids movies. It’s all family fun until somebody ends up in the vacuum cleaner. 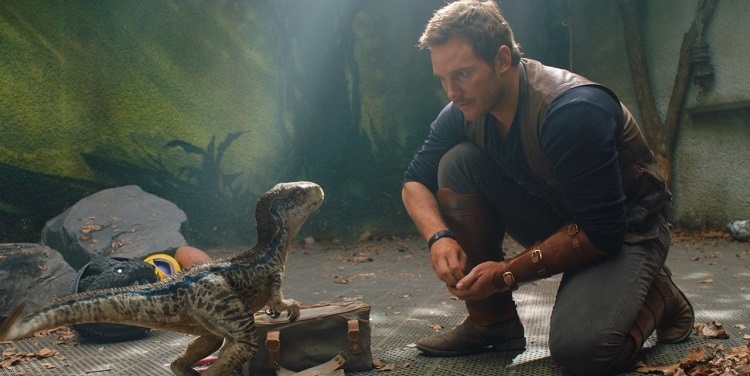 So, what have we learned? Probably nothing. But for now, just leave the super-science to the “professionals,” and pre-order Jurassic World: Fallen Kingdom to get your $3 movie credit before the offer (or the world) ends.