Get a new twist on an old king with King Arthur: Legend of the Sword. Arthur’s story is already more legend than lore, but Guy Ritchie and Charlie Hunnam shed all that to create their own legend (like that he was raised in a brothel). It’s got a lady in a lake, a sword in a stone, and all the Guy Ritchie style action you can handle. 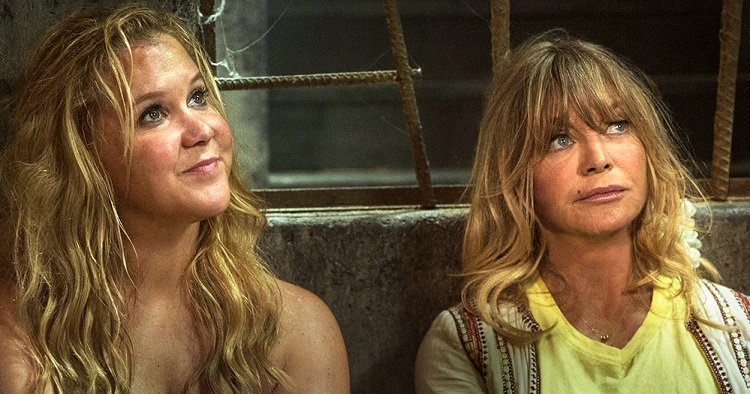 While King Arthur is snatching swords from stones, Amy Schumer and Goldie Hawn are getting Snatched while on vacation in South America. In this comedy, this mother/daughter odd couple have to work together to escape their kidnappers, the jungle, and their baggage with each other – hilarity and inappropriately awkward jokes ensue (would it be Amy Schumer if they didn’t?).

On the TV front, Rick and Morty jump dimensions and show up on Vudu with Season 3, available now by episode or Season Pass (in all its philosophizing and alcohol metabolizing glory). The Simpsons are also here and crowding the couch with Seasons 4-19 (only a gazillion more seasons to collect!).

Rent now: Ghost in the Shell and The Boss Baby

Ghost on the rental box be the boss of your rental with Ghost in the Shell and The Boss Baby on Vudu this week.

Don’t interrupt movie night. Rent, watch, and go to bed without returning a thing with Vudu. You’ll always have 30 days to start any rental, then you’ll have 24 hours to finish Ghost in the Shell and 48 hours to finish The Boss Baby.

Watch it free: Your favorite Stars of Gen X

Get your favorite Gen X stars in some of their greatest performances free with Movies On Us.

Watch Ben Affleck take on the realities of the new economy when he’s downsized in The Company Men, adorkable underdog Jason Segel and Ed Helms learn to be happy with life in Jeff, Who Lives at Home, and Maggie Gyllenhall and James Spader get all 50 Shades before it was cool in Secretary.

There are some big titles hitting the theaters this week and that means they’ll be available for pre-order starting on Friday.

Charlize Theron is kicking butt, hitting hard, and taking hits in Atomic Blonde, based on the graphic novel The Coldest City. This looks like a full-fledged adrenaline ride and we couldn’t be more excited.

Stephen King comes to life in The Dark Tower, a film adaptation of his book series of the same name. Watch Idris Elba and Matthew McConaughey battle it out for the fate of the universe on the big screen, then pre-order it for your screen (any of them, we’re on almost all of them).

And it looks like the curse got bored with being a board game and decided to become a video game in this evolution of Jumanji (the game has evolved!). Robin Williams will always be our favorite, but seeing Dwayne Johnson and Kevin Heart together again (Central Intelligence!) means serious laughs.