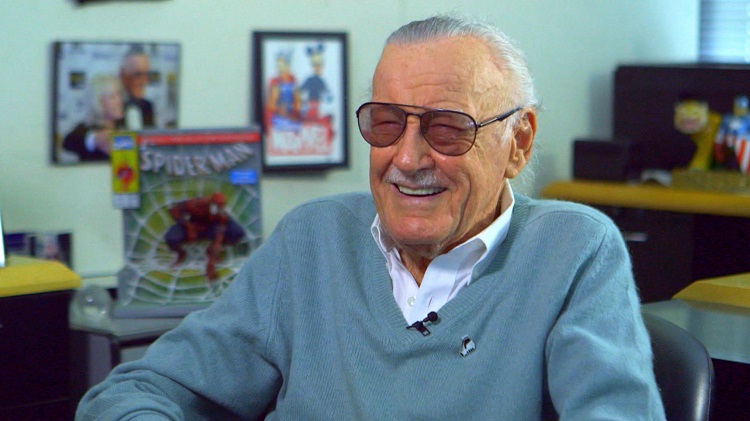 Stan Lee, the hero who brought us many of our favorite superheroes, has passed away at 95. His decades-long career saw the co-creation of beloved characters such as the Fantastic Four, Iron Man, Thor, Spider-Man, and countless others, and his legacy will live on the hearts of comic fans forever. Excelsior.

I’m sorry Dave, I’m afraid I can’t do that

This Monday also saw the passing of Douglas Rain, whose name might not ring as much of a bell as that of the character he famously voiced – HAL in 2001: A Space Odyssey. His eerily calm portrayal of a conscious computer that goes on a murderous rampage earned HAL a ranking as the 13th greatest movie villain of all time according to The American Film Institute.

Once upon a time, Deadpool was the Merc with a mouth. But now, he’s coming back to theaters this Christmas with a little less bark and the promise that “there will be zero F’s given.”

The 12-day run of the PG-13 rated movie will find Fred Savage in a The Princess Bride story time parody that somehow only comes in at three minutes shorter than the rated-R theatrical release.

A peek at more Reynolds-chu news

Like the baby legs scene of Deadpool 2, everyone’s talking about it, so we might as well mention it – Ryan Reynolds is going to be Pikachu. Yeah.

Based on the game of the same name, Detective Pikachu brings all your favorite (or not) Pokemon to life in this very furry live action film. Oddly enough, most of the current discussion around this movie isn’t about Ryan, or even the existence of this movie (that’s admittedly growing on us), but rather the state of Pikachu’s fur and whether or not it’s too furry.

Appropriate for all ages

Everyone’s favorite toys are back. Disney has released the first Toy Story 4 teaser trailer and it’s got all your favorite characters – and even a new face (if you can call it that).

Forky – a spork who’s been made into a toy – joins Woody, Buzz, Jessie, Mr. and Mrs. Potato Head, Rex, Hamm, Slink, and LGM in this teaser.