With monsters, mayhem, murder, and more on the horizon, the creators behind this week’s industry updates are building to some major reveals.

NEW CLIP FROM HOW TO TRAIN YOUR DRAGON: THE HIDDEN WORLD

As the fan-favorite animated trilogy seemingly draws to a close, the minds behind the How to Train Your Dragon saga are taking the franchise back to its roots.

A newly-released clip from the upcoming threequel flashes back to series protagonist Hiccup receiving some childhood words of wisdom from his Viking chief father, a poignant remembrance before what’s shaping up to be the most dramatic entry in the series. 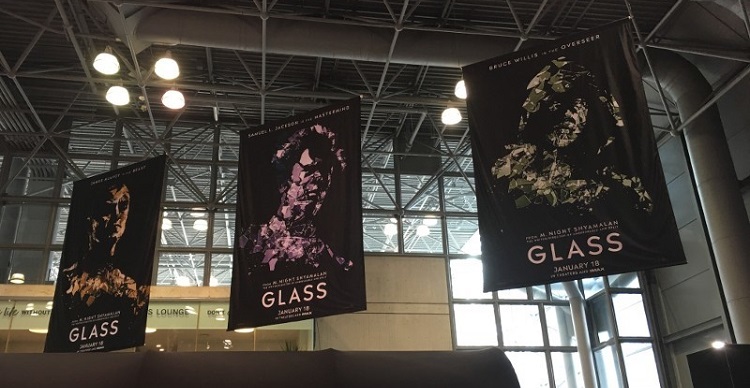 The highly anticipated conclusion to M. Night Shyamalan‘s Unbreakable trilogy has fans waiting with baited breath; the unexpectedly shared universe of 2000’s Unbreakable and 2016’s Split has all led to a villainous team-up shrouded in the director’s signature mystique.

A new motion poster depicting Split villain the Beast teases a new trailer releasing this Thursday, which will surely shed more light on the forthcoming film but may raise more questions than answers.

Milla Jovovich is no stranger to epic on-screen adaptations of hit video games, having starred in all six Resident Evil films, but she’s taking her cryptid-conquering talents to a whole new level in the aptly titled Monster Hunter.

The movie, based on the critically-acclaimed game franchise, will no doubt offer plenty of monstrous tidbits in the weeks and months to come, but new pictures of Jovovich’s monster-hunting heroine are enough to leave series fans howling for more.

Rian Johnson‘s Agatha Christie-inspired murder mystery Knives Out just got its third shot of star power courtesy of Sorry to Bother You‘s Lakeith Stanfield, who will join Daniel Craig and Chris Evans in the upcoming thriller.

Details are scarce so far, but with Star Wars: The Last Jedi director Johnson at the helm, audiences are guaranteed some twists and turns.

Jason Momoa‘s Aquaman made quite a splash in Justice League, and the Atlantean king’s standalone feature looks ever more ambitious than its predecessor in the new extended trailer.

Longtime fans will recognize supporting characters and villains like Mera, Ocean Master, and Black Manta, while newcomers will be blown away by the sheer spectacle of the sprawling surf-and-turf epic.