Watch Amy Jo Johnson’s debut feature film, The Space Between, for free, exclusively on Movies On Us.

If the name sounds familiar but you can’t quite place it, you’re probably more familiar with one of her characters, Kimberly Hart, the Pink Ranger on the original Mighty Morphin Power Rangers series. 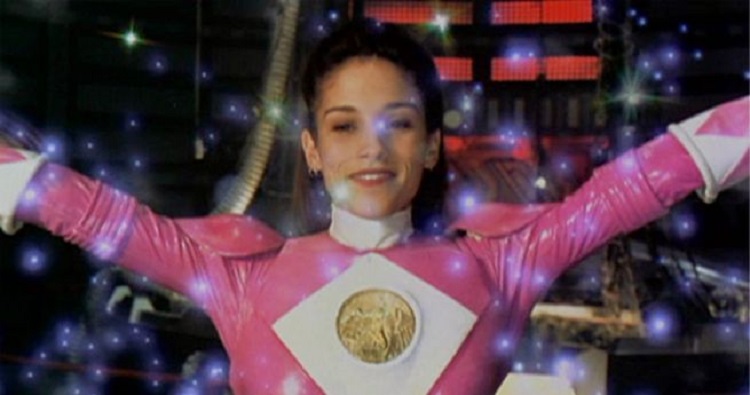 It’s been 18 years since we last saw her spin kick her way through armies of Putties, and since then she’s also gone on to appear in other series like Felicity, Flashpoint, and Covert Affairs. She’s also showed her musical prowess as a singer/songwriter with the release of her three albums.

The Space Between is Amy Jo Johnson’s directorial debut and first feature length film – which she also wrote and stars in (it’s morphin’ time indeed). A true passion project, Amy Jo funded the film via Indiegogo and raised 179% of what she needed to produce the film.

This heartfelt indie follows a proud father, Mitch (Michael Cram, Flashpoint), who finds out his daughter isn’t actually his, but the result of his wife’s, Jackie (Sonya Salomaa, The Intruders), affair. The devastated Mitch embarks on a journey to find answers, learns a lot about himself, his ability to connect, and embracing his shortcomings.

The characters are earnest and well portrayed, and draw you in with interesting backstories. We wish we had more time to learn about some of the characters and their unique situations – aside from just being representative of the idea that everyone has baggage and is dealing with something. But overall the story is well established and the message the film carries is solid.

The Space Between is quirky and fun, but not in a pushy or forced way. It doesn’t try to reach beyond what it is and does a good job of playing to its strengths.
Visually, the production value is there – it’s shot beautifully, and Amy Jo’s keen eye and attention to detail will only continue to evolve. It’s a strong debut, a charming and sweet film, and an enjoyable hour and a half of your time. Besides, it’s free. And exclusive. So what the heck, try something new.