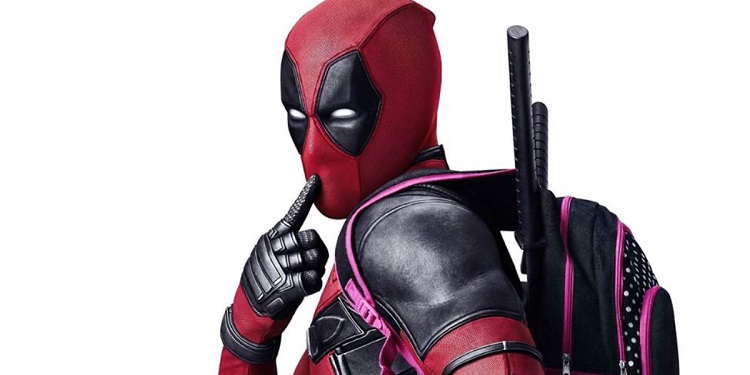 So the Deadpool 2 Super Duper $@%!#& Cut premiered at Comic-Con and we were invited. Like invited with seats within Colossus butt-grabbing distance of Ryan Reynolds invited. (He didn’t actually grab our butts, but TBH we would have been ok with it.)

Both Ryan Reynolds and director David Leitch were there to hype up the crowd and intro the movie (Ryan was excited, he even wore his white pants) and we’ve got the footage to prove it. It’s pretty hilarious, but also a little bit NSFW – so, consider yourself warned.

Get The Movie. And Maybe A Super-Duper Exclusive Poster.

Deadpool 2 does a superhero landing on 8/7 and you can get it in up to 4K UHD. And it includes the #SuperDuperCut (with purchase of at least HDX quality), but if you pre-order it now you’ll also qualify for $3 movie credit upon release. Learn more about our pre-order + $3 movie credit program here.

And on top of that, your purchase of either #Deadpool2 or the Deadpool 2-Movie Collection automatically enters you into a sweepstake for a Vudu exclusive Deadpool poster! Like limited edition, only we got them, and there’s only 1,000, exclusive.

So, don’t wait, because someone else is probably pre-ordering right now and getting an entry for the drawing. Purchase before 8/7 to be entered in the sweepstakes.

Obviously, we’d love to give you the scoop on all the extras, but we’re no snitches – they get stitches and wind up in ditches. So we’re going to keep our heads and arms inside the bus – safety first! We can show you a strange trailer for it though. You might recognize some of the characters if you caught our Facebook Live of them at Comic-Con.

Oooook, that’s telling. So, we can tell you that the extra 15 minutes of naughtiness and hilarity are totally worth it – especially since you’ll get the Super Duper Cut with your purchase of Deadpool 2 (Theatrical) on Vudu anyway. It’s like getting Bea and Arthur at the same time.

You’ll also see more violence, both cringe-worthy and humorous, as well as more jokes about the studio (kudos to Fox for not being uptight about this) and other superhero franchises.

Pre-order Deadpool 2 or the Deadpool 2-Movie Collection before it drops on 8/7 to get $3 movie credit! Don’t say we didn’t tell you!