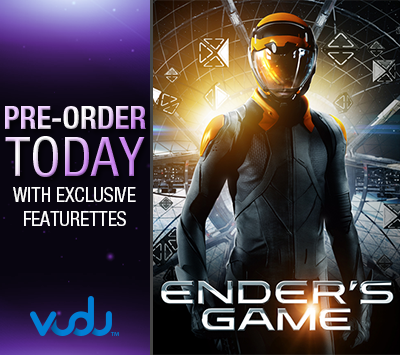 Get the first episode of ROBOTECH! This is a classic sci-fi animated series about humans dfending their home world against alien domination.

The Visual Effects of Ender’s Game.

*Bonus features will be available in your account 24 hours after purchase.